Hi everyone.  With pre-orders opening for Fate/EXTRA, it’s been a big week here at Ghostlight and it’s just got even bigger!  I’m delighted to announce that we’re going to be working with the highly acclaimed team over at Atlus once again to release both the eagerly anticipated Shin Megami Tensei: Devil Survivor Overclocked on Nintendo 3DS™ and its sequel, Shin Megami Tensei: Devil Survivor 2 on Nintendo DS™, throughout the region.

We’ve received a record number of emails about these games and Shin Megami Tensei: Devil Survivor Overclocked was by far the most requested game after we announced we would be releasing games on the Nintendo 3DS. 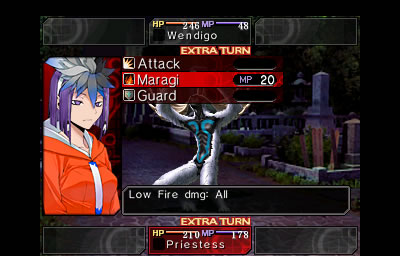 Considered one of the best RPGs of 2009*, the original Devil Survivor presented gamers with a novel premise: Tokyo is in full lockdown, the government's swift, coldblooded response to a surprise demon invasion. While you and your friends must solve the nature of the inter-dimensional rift through which the horrific creatures are entering your world, saving the world is not your highest priority; staying alive, on the other hand, is.

Nintendo DS and Nintendo 3DS are trademarks of Nintendo. © 2012 Nintendo. 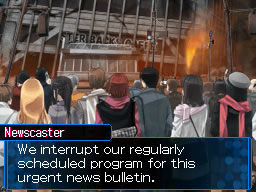 Hailed as "a solid sequel" by Nintendo Power, : Devil Survivor 2 continues a long tradition of excellence for the acclaimed Shin Megami Tensei universe of games.  Destructoid.com gives Devil Survivor 2 a resounding 8.5 out of 10, citing the game as having "an even better story, better characters, more demons to collect and a bunch of gameplay improvements."  ZT Game Domain hands out an impressive 8.8 out of 10 score along with their Editor's Choice Award, stating that "the story is very well told, and the situations and story driven set pieces are actually more enjoyable than the first game."  RPGFan calls Devil Survivor 2 "a fantastic game worth every dollar" and gives it a massive score of 89%.

With an all new story and cast, an expanded roster of demons to manage, vastly expanded party interaction plus a host of refinements and improvements over its predecessor, : Devil Survivor 2 delivers everything fans loved about the first game and more.  The sequel boasts an all new soundtrack from composer Kenji Ito along with an intense narrative and multiple endings based on player actions.  There are also of course, all the beautiful visuals and sounds the series is so renowned for, not to mention the highly addictive challenge of collecting, customizing, auctioning and fusing every last demon in the game!

When a new website that shows the manner of people's deaths in advance makes the rounds amongst Japanese high schoolers, a trio of students is shocked to witness their own deaths in a terrible subway accident just minutes away. They narrowly escape the carnage, only to find themselves in a worse situation--facing otherworldly demons. Desperate to survive, they fend off the demons and flee, but the destruction at the station is only the beginning...

What if You Could See People's Deaths Before They Happened?

The spread of a mysterious website that offers a preview of people's deaths, and the great calamity that suddenly strikes Japan – a mere coincidence, or part of something larger? A band of high school students must use the website to avert their own deaths, as well as others', amidst the unprecedented nationwide chaos.

Adding a new dimension to traditional party mechanics, players must recruit new members to their team and then invest time into developing relationships with them. The closer the connection, the more effective they'll be in battle. Every party member is mortal and susceptible to death, making it essential that every decision be weighed carefully lest they be lost forever.

Endlessly addictive, the task of discovering and enlisting new demons to aid you in battle is a staple of the Shin Megami Tensei universe. With nearly twice as many demons to find and unlock as in the original game, there's no shortage of work to be done in assembling and managing an army of your own demons for battle.

Nintendo DS and Nintendo 3DS are trademarks of Nintendo. © 2012 Nintendo.

The Shin Megami Tensei series has long been a favourite of mine, so as you can imagine I’m very, very excited about getting the chance to work on these two fantastic games.

Talking of fantastic games, as I mentioned earlier the Fate/EXTRA (PSP) pre-orders are now live and seeing as the Ghostlight Store is the only place you can pick it up with these fantastic bonus items you should definitely go and pre-order it now :).